Did you know that in 2019, there were a total of 67,661 assault victims in New South Wales alone? This figure represents a 2% increase from the year before. What's more, 54% of these cases occurred in residential properties.

In Sydney alone, crimes like assaults and robberies are also on the rise. This is especially true for Baulkham Hills, Hawkesbury, and Sutherland. These areas have had the most significant rise in crimes from 2018 to 2020.

All these further highlight the need to have a more robust business or home security system. Audio and video intercom systems are such technologies that can boost property security.

To that end, we've curated this guide that lists the top benefits of having an intercom. Read on to learn what they are and why you should opt for a video instead of a voice-only intercom.

What Is An Intercom System?

An intercom (intercommunication) system is a two-way communication device. You may have also heard of it referred to as a "talkback" or "door phone". It's an electronic device that sends and receives audio or both audio and video signals.

A building with an intercom allows a person to speak into a microphone. The system then carries the digitised signals into a separate room or area fitted with a speaker. The speaker amplifies what the person is saying to allow people in that room to hear whatever it is.

The Benefits of Intercom Systems

One of the primary benefits of intercom systems is an enhanced level of security. However, they also improve access control within a building. They may even serve as a life-saving device in times of medical emergencies.

Those are only a broad overview of what intercom systems bring to the table. So, let's go into more detail of their lesser-explored, yet very valuable benefits.

1. Their Presence May Be Enough to Deter Criminals

Burglars themselves admit that security cameras are a psychological deterrent. According to them, seeing these CCTVs on a property often makes them rethink the crime they're about to do. After all, most criminals don't want to expose their faces.

Intercom systems, especially those with video capabilities, can also serve the same purpose. Their presence could make criminals immediately think about the risk of identity exposure. As such, seeing these systems outside a building may help deter unlawful entry.

On that note, intercom systems aren't a complete alternative to CCTV cameras. However, these two complement each other to help boost the overall security of a property.

Not all unwanted visitors take the form of criminals. They can also be annoying or bothersome people who you don't want to see or talk to. In this case, a home intercom system can help you avoid letting them into your property by "accident."

Think about it. If someone comes knocking at your door, you won't open it but would still ask who they are. This alone would be a giveaway that you're home, so, you might end up having to let that person in.

If you have an intercom, that visitor would have to announce their presence. You'll hear their voice (or also see their face if you have a video intercom) without letting them know you're home. If you're not entertaining guests, then it's up to you if you don't want to respond.

From 2016 to 2017, fall accidents in Australia led to over 100,000 hospitalisations. Slipping, tripping, and tumbling are, in most cases, the precursors to such incidents. What's more, falls from stairs are among the most common reason for 15% of these falls.

Having a home intercom system can contribute to a minimised risk of such accidents. That's because you can integrate the device into your home access control system. So, if someone is at your door and you want to let them in, you can simply "buzz" them in with a touch of a button.

This means that you don't have to hurry to get down the stairs to open the door and welcome them. Instead, you can take your sweet time to stay safe as you descend the stairs. Or, you can speak over the intercom to tell your invited or wanted visitor where exactly you are.

4. Ask for Help in Case of Emergencies

Speaking of accidents, did you know that one in four Australians over the age of 60 experience a fall each year? One in three Aussies aged 65 and above also have a fall every year.

With that said, consider getting an internal intercom system if you have an elderly adult at home. This way, they can have more tools at their disposal in case they get into an accident. They can call you or anyone else at home via the intercom for help.

This messaging function also applies to households with members who have mobility issues. They can simply make an "announcement" over the intercom anytime they need assistance.

In workplaces, intercom systems also enhance access control to specific areas. For example, you can install an intercom in rooms that may contain a lot of sensitive documents. This then also reduces the need for issuing multiple key cards to employees.

If an employee has to enter that room, they first need to speak over the intercom. Those authorised to be in the room can then ask what their purpose is and either allow or deny access.

One study found that 10% of Australians misplace at least one item each day. They then spend an average of half an hour trying to locate that lost object. As you can imagine, house keys are amongst the most commonly misplaced items.

Unfortunately, losing keys is more than just an inconvenience. They can also be a security hazard, as they can be a tool used to commit a crime.

In workplaces, intercom systems can help mitigate such security risks.

As mentioned above, an intercom system can reduce the need to give out multiple keys or keycards. So, the fewer people who carry them, the fewer of these keys or keycards that can get lost or misplaced. This then lowers the risk of an unauthorised person gaining entry into a controlled area.

Plus, the fewer keycards that can get lost, the lower your business’ replacement costs would be.

Crimes committed in Australia cost the nation an estimated $32 billion a year. These include not only the dollar amount of lost property but also medical costs. It does cover intangible costs, too, such as pain and suffering, even if those aren't measurable.

In any case, crimes are extremely costly and can cause long-term trauma in victims. Some may even become so traumatised that they'd need professional psychological help. Many others also need time away from work to recover from their experience.

That's why business and home security systems are invaluable in today's society. Since an intercom system can help deter crimes, then it can also help mitigate losses. It can hinder or even put a stop to traumatic events.

Why a Video Intercom Is Better Than Audio-Only Intercom Systems

Audio intercom systems send and transmit only voice. By contrast, an audio and video intercom comes with both a speaker and a camera. As such, a building's tenants won't only hear voices; they'll also see who exactly that voice is coming from.

Keep in mind that criminals can use voice-mimicking software to obtain their goals. There was even one case wherein a victim wired US $240,000 (about AU $331,000) to a thief! The criminal used audio-altering software to mimic the voice of the victim's boss.

Since the call was only over audio, the victim ended up believing it was his boss on the phone.

This should be a good enough reason for you to consider a video over an audio-only intercom. With a video intercom system, you can hear and see who exactly placed the call. You can make certain that whoever speaks over the microphone is really who they claim to be.

Raise Your Home or Business' Security With an Intercom System

As you can see, an audio and video intercom system is no doubt a great addition to your home or business security. It can help prevent crimes and the losses associated with such events.

In homes, this translates to better peace of mind so that you can sleep at ease every night. At the workplace, an intercom system can help keep everyone, from workers to clients, safer.

Would you like to know more about intercom installation in and around Sydney? If so, then our team of security experts here at Four Walls Security is ready to help. Get in touch with us now, and we'll be happy to answer all your home or business security questions!

Prev Previous Where Should Home Security Cameras Be Positioned?
Next CCTV for Businesses: The Ultimate Security Guide Next 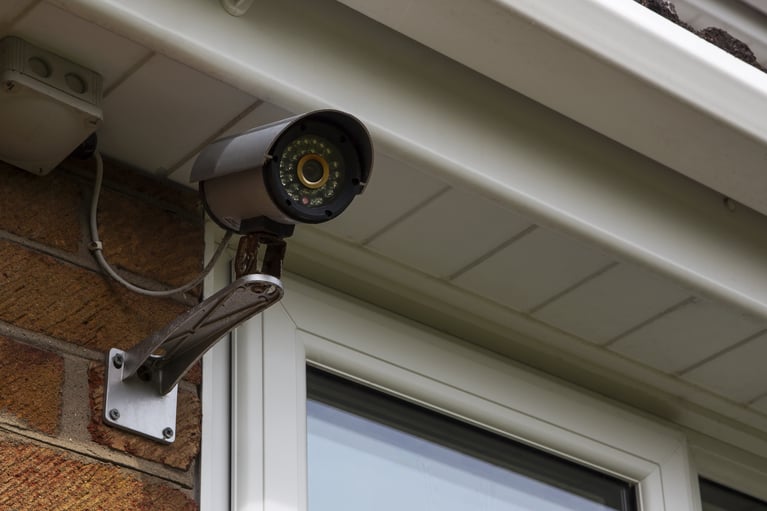 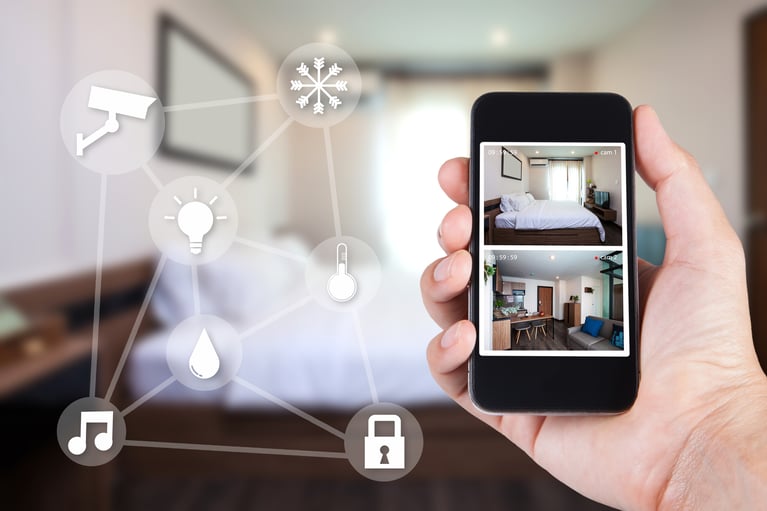 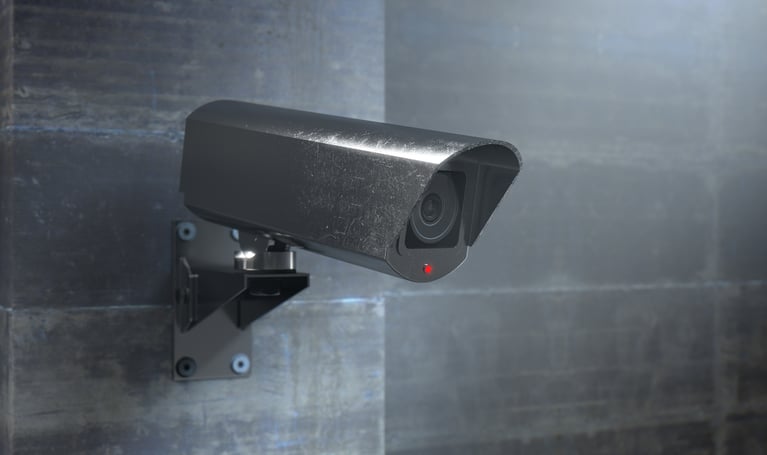 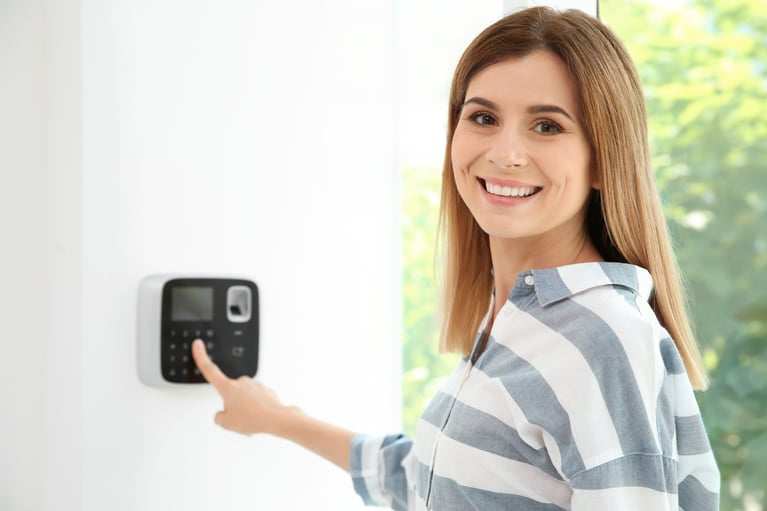